This is a little demonstration of exposure loss with faster flash sync speeds with a Canon 580EX i and 580EXii. I’m not really covering the differences between the two flashes as it has been well stated all over the internet that the 580EXii is the far superior flash in almost every way.
Recycles 20% Faster, Quieter, Better Build, Lever Lock Shoe Mount, Easier Controls, Battery Door, Wireless Communications, Weather-Resistant, PC Terminal and many other updates.

The main point of this page is to demonstrate how these 2 flashes perform in High Sync Speed (HSS) and also shooting at lower shutter speeds then 200th and keeping out of HSS. It just so happens I had both of these flashes out and decided to demo with both of them. They both react the same despite the power differences.
Many cameras has different HSS’s well above 200th but the camera I am using maxes our at 200th before going into HSS.

The first set of photos demonstrates how much light you loose going into HSS. This is because the flash has to work harder to expose the photo. Most SLR’s cameras have 2 shutter curtains which when fired create a gap to expose the photo. When the shutter is fired the first blade begins crossing to open over the film or sensor and a second shutter blade follows to close the shutter. So there are 2 blades following each other creating a small gap. At faster shutter speeds the gap gets smaller. The flash only has the capability to do a quick burst of light around 1,000th-10,000th but when shooting faster then 200th, the shutter is already closing before the flash gets to fully expose the film. If you take photos over the flash sync speed you will get black lines called Banding where the shutter blade cut across before the flash could expose. So to make up for this HSS makes the flash fire longer to cover the full shutter range for exposure. It’s basically like leaving the lights on longer to make sure that full gap gets covered. The kicker is that flashes are not designed to do this. As you increase the shutter speed, the flash has to work harder and harder. The result is less and less flash exposure.
The first set of photos demonstrates this at 200th which is normal will less light loss. Then 250th which is now in HSS on my camera but you see a huge loss of light. Then 320th it is almost black.

Anyhow what I ran the test for is to demonstrate how much light loss there is at shutter speeds under 200th and without having to go into HSS. It is expected that there is light loss when having to go into HSS and making the flash work harder. What some don’t know is that there is also a tiny bit of light loss at shutter speeds under 200th. The difference is not huge but is definitely work keeping in mind if you need just a tiny bit more flash exposure and you have the ability to slow the shutter down a wee bit. With my camera and these 2 flashes there is a bit more flash exposure down to 80th but below that there was no difference. You can also see how the 580EXii out performs the 580EXi. Both flashes are HSS capable. The photos were taken at 100ISO, at f/22. 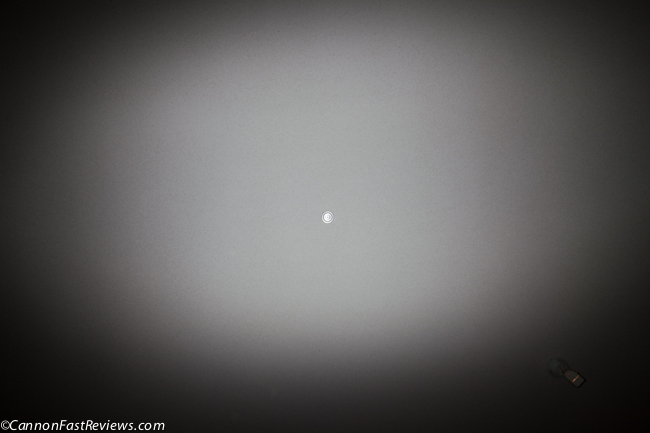