. It helps me if you purchase it through one of these links here in this review. When you purchase through these links it financially enables me to devote time to develop this site further. Thanks for the help! -Todd 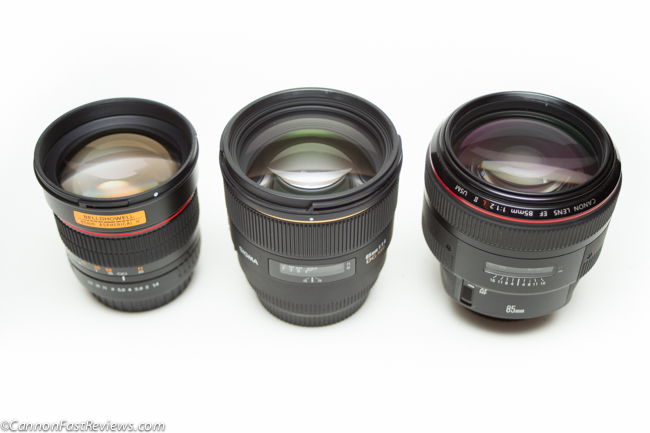 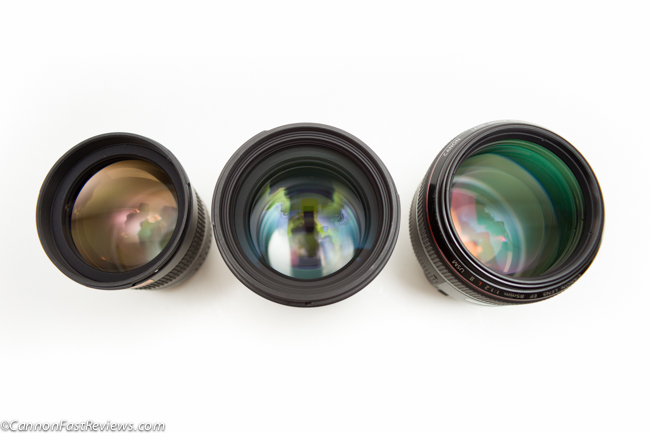 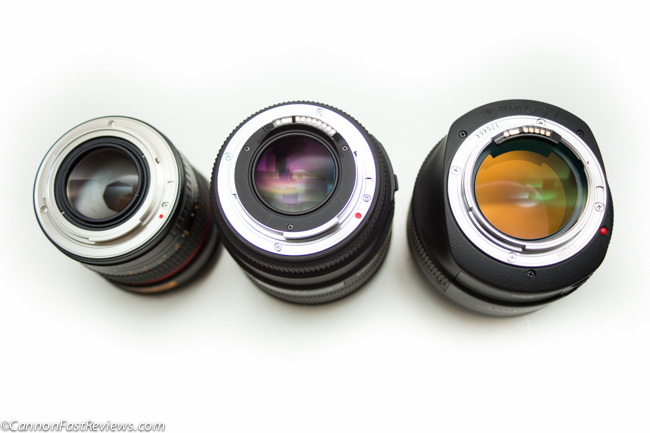 Over the years I have bought, sold, and owned about forty Sigma lenses from all ages. It is very rare to get one that impressed me, let alone ones that didn’t have mechanical failure. However in the last few years Sigma has majorly stepped it up and has even gone beyond some of the big camera companies. This Sigma 85mm f/1.4 is an example of their recent amazing work. But how does it perform with the Canon L f/1.2?
Between my friend and I we have owned four copies of the Sigma 85mm. Not because it was poor or broken, but because it was so good! We both swapped a bunch of our gear over from Nikon to Canon and because the Sigma f/1.4 was such a staple lens for me it was the first lens I bought again. However even more recently I now use the Canon L as my main lens because it is far superior for my needs. 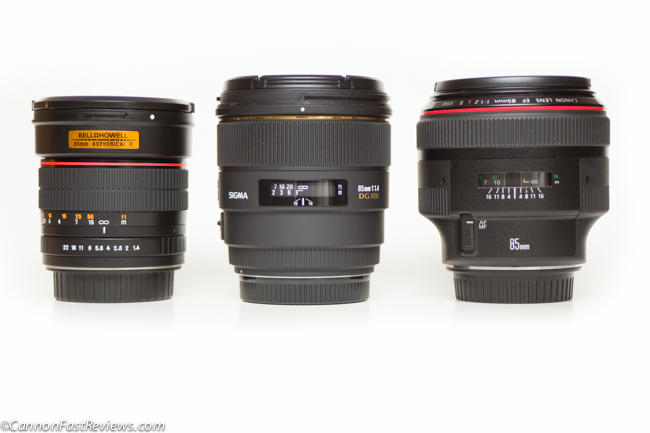 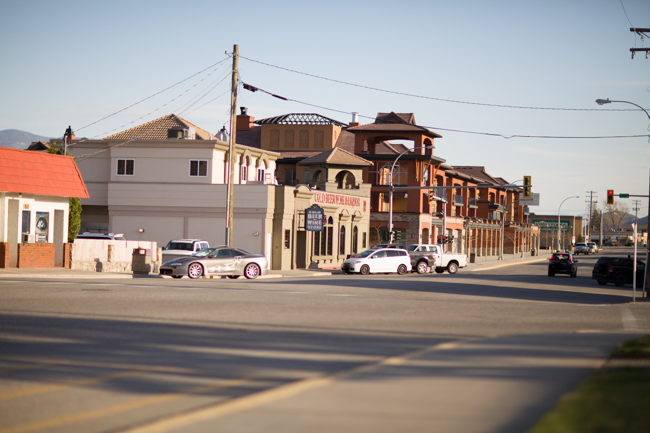 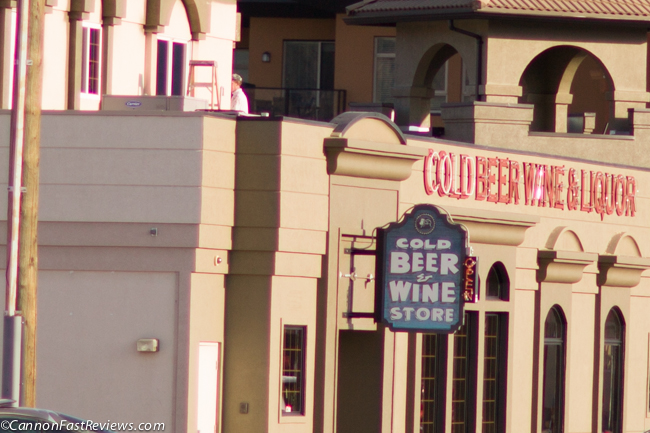 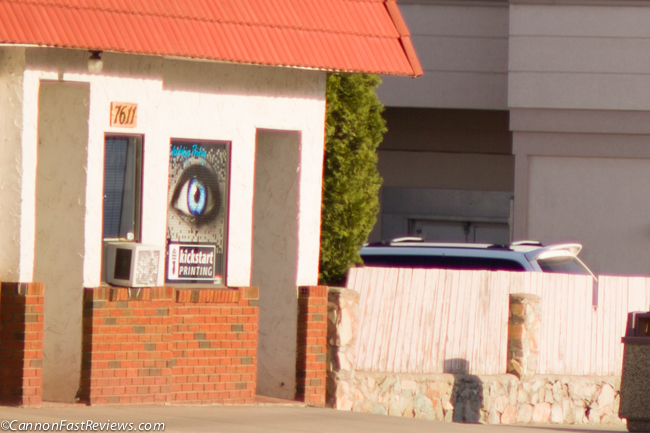 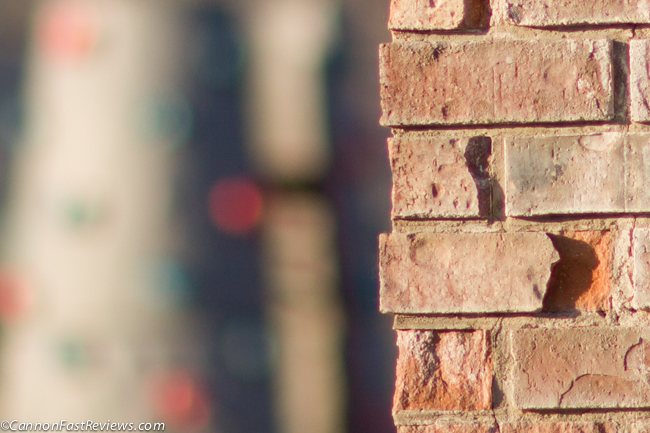 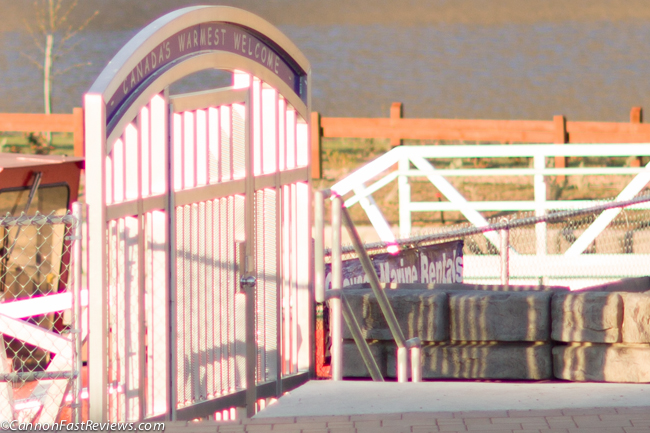 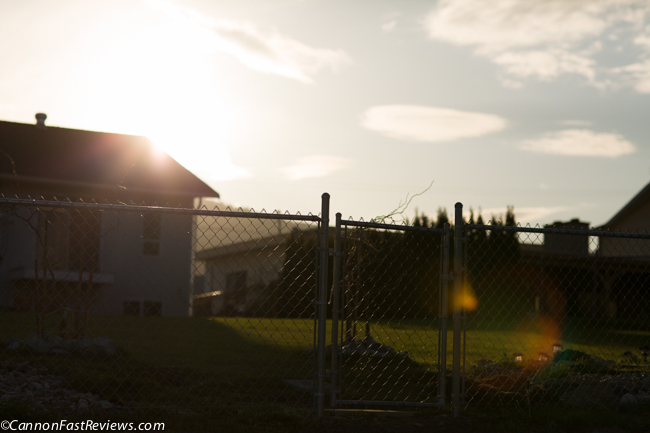 Mechanically both lenses are incredibly built and can take a beating. The Sigma has more plastic but is very solid.

Ergonomically the Sigma is leaps and bounds ahead of the Canon L for many reasons. The Sigma lens works perfectly as a lens should. The Sigma’s focus is very fast while the Canon L takes ages to focus. But still both are very accurate. The Sigma will clunk back and forth hunting but rarely misses the focus. The Sigma’s focus ring is firm but smooth and all you have to do is grab the ring to over ride the focus. However with the Canon L you have to either flip a switch to go into manual focus or make the focus active and then you can change the focus. This is very annoying because what tends to happens is while you are shooting if you as so much as slightly touch the focus ring it will throw your focus off and you may not even know it. Also since the lens hood is attached to the focus ring on the Canon L if you touch the hood when the focus is active it will also bump the focus out. Boo urns!
The Canon L weighs a lot more then the Sigma. When you focus the lens the front element pulls out and you can feel the weight shift forward which is actually cool because you know it’s all glass. In the hands the Sigma feels better and the Canon L is actually a bit difficult to take off and on with the lens hood on backwards because it’s like a giant grapefruit that turns. Be careful or take the hood right off.

Contrast wise the Canon L has a bit more contrast at all stops which really stands out with a subject like people. Skin tones are much more pleasing with the Canon L.

The Sigma is pretty soft in the far corners and suffers from coma compared to the Canon L at all stops.

Both lenses have very little vignetting and at around f/1.2-1.8 the Sigma has less but then they swap and around f/2.5-2.8. Then Canon’s vignette is almost gone but the Sigma still has a bit left.

The Sigma has good bokeh and is only a little distracting where as the Canon L has great bokeh that is very smooth and not very distracting.

The Canon L has a 3D Pop effect which is very unusual, similar to some Zeiss lenses and which I still have not seen in any other Canon lenses so far. This is not a sharpness or contrast phenomenon but is definitely present in this L lens. The Sigma does not have this 3D Pop effect thereby leaving the images looking a little flatter in comparison.

The Canon L has slightly less chromatic aberration then the Sigma. Looking at the comparison photos it is harder to tell since the Sigma lens is warmer toned which blends the magenta tone. But after doing a white balance correction so they are both the same, it is evident that the Sigma has more chromatic aberration. By f/2.8 Canon’s is nearly gone but the Sigma still has a bit handing around.

With my white balance locked into a manual temperature you can really see the Sigma is a lot warmer then the Canon L. When shooting Jpeg one might want a warmer white balance but when shooting RAW I tend to want to shoot cooler. I find this helps in post processing, so the Canon L being cooler was a plus for me. I found that when I do a white balance for each individual lens that the Canon L definitely holds colours a lot better individually. The Sigma’s colours are fine but I found they tend to blend more and were not nearly as contrasty and vibrant.

Both lenses have decent flare reduction and interesting looking ghosting which I like for my style of shooting. I don’t mind this for portrait work.

Conclusion
Both lenses are great and some of the best portrait lenses out there right now! I can’t say one is better then the other because they each have their own market. I can say however that both lenses are fantastic and if you are very serious about portrait work then they are worth every penny.
If you’re on a tight budget then the Sigma can save you up to $1000. If you also need fast focusing and perfect ergonomics then the Sigma is the way to go.
However if you can shell out another $1000 and only care about optical quality then the Canon L is still the king.

Did this review help?
My hopes are to take the time to continue developing this website with more test photo based reviews. If you are ever interested in purchasing a lens or other photography equipment please do so through these links here in this review. I would buy the Canon 85mm f/1.2 L ii USM EF from Adorama or Ebay

. This helps support my family and allows me to take more time for the site. The best part is this site is free for you and I link good deals I find!

Sometimes these links will actually give you better deals then typical retail prices! I personally buy from the links I have listed whether looking for new gear or fun old stuff. I can personally attest to their good & safe service from years of experience. Thanks again to you, our readers, for supporting us! -Todd